At Centennial SC (CSC), the competitive traveling program is the heart of our organization.  Our overriding goal and reason for being is to provide a first-class soccer experience for players in our U9 – U18 programs.  CSC’s Vision, Mission and Values (please see Who We Are) are all in place to help develop not only quality soccer players but well-rounded individuals as well.

At CSC we want everyone to have fun first and foremost.  If players are having fun not only will they learn more and want to keep coming back, but everyone associated with the club will have fun and our organization will grow and become that much better.  One part of having fun is to develop each player to their full potential and another is having competitive teams across all age groups and levels of play (Gold, Maroon, C1, C2, C3 or Premier).  At CSC we firmly believe that to help players develop and to put competitive teams on the field we need to embrace the latest training ideas in youth soccer and the biggest of these is Small-Sided Games.  These games are designed to help players maximize their touches on the ball and thus help them to develop their skills faster.  Quality coaching is also part of development and competitive teams and at CSC we strive to make sure that our coaches are informed on the latest trends in soccer.

Winter U9 – U19 November through April

Below please find a general breakdown of the competitive soccer year.  Please note that the MYSA indicates that the soccer year shall commence on September 1 of each year and run through August 31 of the subsequent year.

The MYSA designates several different competitive levels across the league play they sponsor.  We play in the Black & Blue league. See MYSA's site for more information.

Below please find a general breakdown of team sizes and playing format.

Centennial SC typically utilizes both parent volunteer and paid staff coaches with our teams.  Parent volunteer coaches are generally utilized with the U9 – U12 teams, while many of the U13 – U19 teams hire paid staff coaches.  To assist our volunteer coaches, CRSC offers coaching education sessions as well as support in obtaining US Soccer coaching licensure.  For those teams utilizing a paid coach, each individual team is required to assume the expenses of that coach for the season.  Permissible coaching fees vary with the competitive season and the experience of the coach.  The club will work with those teams wanting a paid staff coach regarding negotiation of coaching fees and payment terms.  The CRSC Technical Committee is responsible for screening and placing all coaches with teams.  All coaches will go through the same screening and application process.  Questions regarding coaching should be directed to the Director of Training at DOT@centennialscoccer.org.

Centennial SC strives to provide the highest quality training for all players regardless of age or skill level in our programs.  We believe that a strong foundation of soccer knowledge and skill learned at the U9 – U12 levels of play will set up our players for the best opportunities as they move into U13 – U19 soccer.  This foundation includes ball handling skills, utilizing space effectively, and a strong emphasis on the proper tactics for small sided situations (1v1, 2v1, 2v2, etc.).

Our training programs are centered around utilizing Small Sided Games as recommended by US Youth Soccer.  Small Sided Games allow players to gain have more touches on the ball and have been shown to help players master skills and concepts faster than older training methods. In addition to Small Sided Games, trainers will also work with players to help them master individual ball control techniques, shooting, and passing skills.

Teams for the summer and fall competitive soccer season are formed by Centennial SC's Technical Committee following the completion of the yearly evaluation process in early August.  To provide continuity in our programming, every attempt will be made to form fall teams that reflect the following summer’s competitive team rosters.  As always, fall team formation and level of play depends on the number of players at each age group signing up for the fall season.  If needed Centennial SC will combine age groups to provide competitive teams for the fall season. 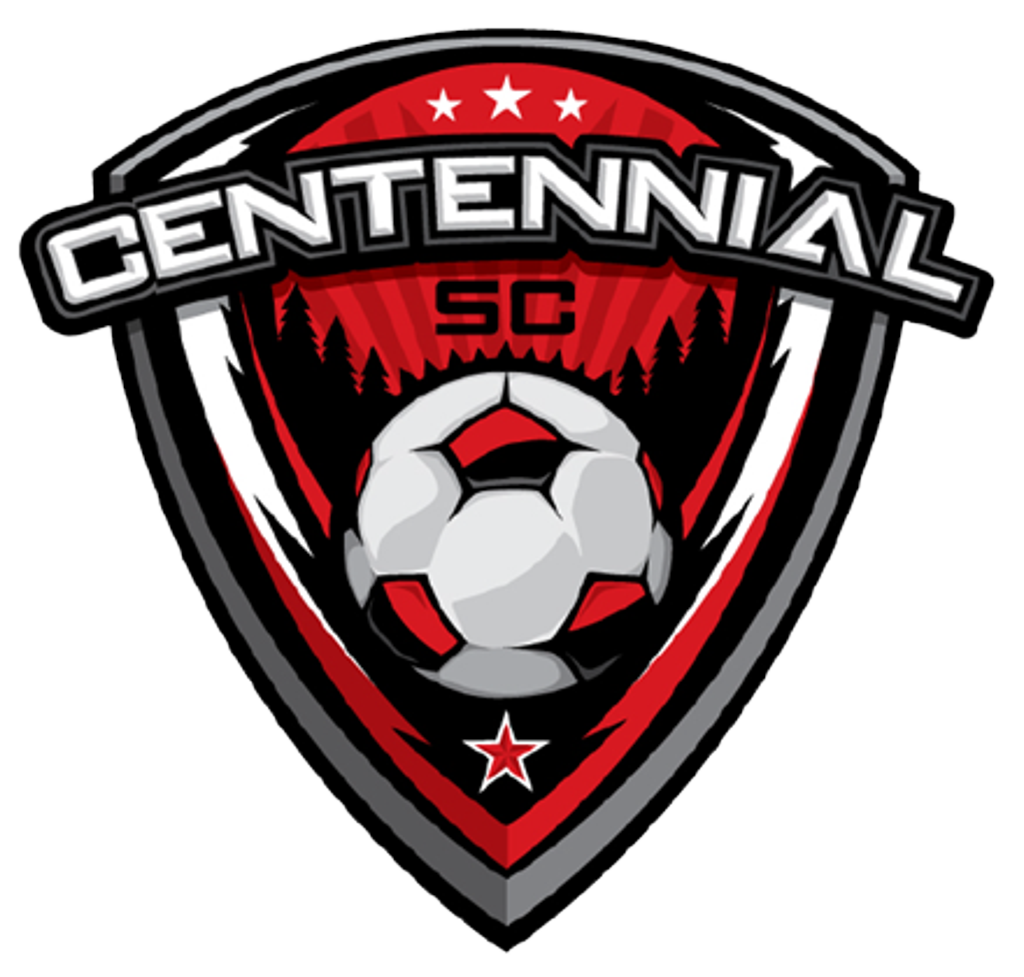